The favorable publicity associated with the cultivation of bright tobacco stimulated Orange County farmers to begin growing it as a cash crop in the late 1850s.  When his cotton crop failed, Washington Duke turned (in 1859) to the cultivation of tobacco, which he continued during the next few years until his farming operation was interrupted by the Civil War.

Washington Duke had left home around the time of his twenty-first birthday to take up tenant farming.  The son of Taylor Duke, a farmer and respected neighborhood leader who served as captain of the local militia and also as district deputy sheriff, Washington was the eighth of ten children.  His basic education was gleaned from behind the handles of a plow in the rugged, rural setting into which he was born in the year 1820.  As a young man, family and church exercised the most influence over him and throughout his life both his family and the Methodist faith would remain important.  Years later his son, James B. Duke, remarked: "My old daddy always said that if he amounted to anything in life it was due to the Methodist circuit riders who frequently visited his home and whose preaching and counsel brought out the best that was in him.

On August 9, 1842, Washington Duke married Mary Caroline Clinton.  Two children, Sidney Taylor and Brodie Leonidas, were born to the couple, but in November 1847, Mary Caroline passed away.  Left with two small sons to raise, Duke continued as a farmer, raising such crops as corn, wheat, oats, and sweet potatoes.  He had acquired his first land in 1847 from the estate of his father-in-law and had purchased additional property until he now had accumulated over three hundred acres.

Washington turned his attention to providing a substantial home to shelter his family and completed the residence--now called Duke Homestead--in time for his marriage to Artelia Roney of Alamance County on December 9, 1852.  The family soon increased from four to seven members with the births of Mary, Benjamin, and James Buchanan Duke.  Duke worked hard at farming, performing most of his duties without the benefit of slaves.  Though records indicate that he owned one slave, a female housekeeper, it is known that he participated in the common custom of hiring slave labor from larger farms and plantations. 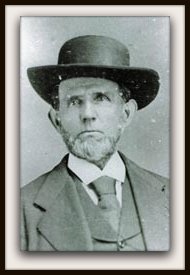 Life was running smoothly for Washington Duke when in 1858 misfortune struck again.  His fourteen year old son, Sidney, became ill with typhoid fever; while trying to nurse the boy back to health, Artelia Duke also contracted the disease.  Both she and Sidney died.  Once again Duke faced the responsibility of raising his family alone.  He managed with the aid of Artelia's sisters, Elizabeth and Anne, who volunteered to help run the household.  Washington Duke apparently joined the Confederate Army in late 1863 or early 1864.  Though he was a Unionist who opposed secession and remained unsympathetic to the Confederacy, Duke was unable to remain aloof for long from personal participation in the war.  Because of a shortage of troops the Confederate government enacted conscription laws which forced men up to the age of forty-five to join the service.  Thus Washington was compelled to join the army and had to make arrangements for his family and farm before he entered the service.  He sent his children to the Roney home in Alamance County, except for Brodie who accompanied him into the service.

Duke decided to sell all his farm belongings and had converted all his means into tobacco by the end of 1863.  It is not clear whether he sold or rented the homestead; however, he was to receive payment in leaf tobacco which was to be stored on the property.

During his brief military career, Duke was captured by Union forces and imprisoned in Richmond, Virginia.  At the end of the war the Federals released and shipped him to New Bern, North Carolina.  Lacking money and transportation, the veteran walked back to his homestead--a distance of 135 miles.